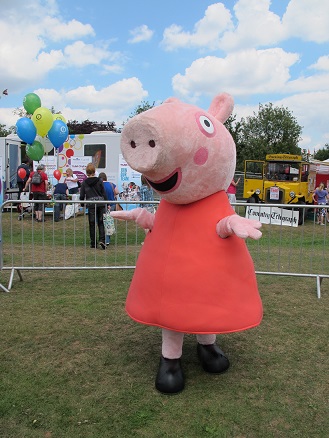 The planet is warming and the climate changing, we are doing it, it is bad and we can sort it out.  I’m worried about this because the people who are going to feel the brunt of this are the same people I have to coerce into getting ready for school in the morning rather than play nurses or watch Peppa Pig.

We know the planet is warming by looking at the combination of surface and ocean temperatures.  If you just look at the surface temperatures it looks as though there are confusing pauses in the warming, but that’s just because the weather is what transfers heat in the oceans to the surface, and weather comes and goes.

A lot of people think that the warming is natural, as we’ve been in and out of ice ages in the past.  Or maybe it is changes in the intensity of the sun.  Unfortunately the earth was cooling for 7000 years before we got in on the act.  It’s not changes in the intensity of the sun, which has been going up and down with its 11 year cycle and been cooling – if it was the sun there would be less warming at night.

We know the greenhouse gases, the main one being carbon dioxide, have resulted from us because the extra carbon dioxide is the sort you get from burning fossil fuels rather than that naturally abundant in the atmosphere.

Excluding impacts of increased war or exoduses or ocean turning more acid, and considering impacts out to the year 2200 only, Cambridge University in the UK suggest that each tonne of carbon dioxide emitted costs $100 down the line (including discounting the value of the future).  Given we are emitting 35.6 billion tonnes per year, that means that we are causing $3.6 trillion damage per year.  That’s not considering the impacts on the natural world and the mass extinctions we are already perpetrating.

And all we need to do is switch things off, buy less manufactured stuff, spend more time at home and get behind energy sources that don’t emit carbon dioxide for the remaining energy needed to keep us going until nuclear fusion comes along.  It’s not hard, and at the same time it is very hard indeed.

Please do let me know what you think.