After the third Ashlyns Conversation on Wednesday night, I can’t help but wonder whether there was some mis-translation early on when the Bible was being compiled.  “The meek shall inherit the Earth” has been an eye-catching and thought provoking phrase for me.  I’m wondering whether the “m” was a mistake and it should have been a “g”.

I’ve read Mark Stevenson’s book, and while feeling out of place in a hip pub in London Mark he did take me through his go-to slide presentation.  While there were adaptations in the talk he gave last night to what I’d read and heard before, it was largely similar.  It didn’t stop me letting out involuntary gasps of astonishment as I sat in Berkhamsted Town Hall while he rattled through his bewildering torrent slides, taking the 70 attendees through already existing technologies such as Star-Wars-like thought controlled robotic hands with sensitive touch, to reversing the aging process using telomerase; from successful competitions to find businesses that can make money by taking carbon dioxide out of the atmosphere (without government incentives), to the meteoric rise of renewable energy and algae creating petrol from carbon dioxide and water.

After the talk I gave a lift to Jean to get her home and save her knees, and worked into the evening to prepare for a client meeting today.  A short night’s sleep later and I’m on a train to Derby, thinking.  What I heard last night changes everything for me.  And at the same time it changes nothing.

It changes everything in that I have to admit that I’m much more optimistic about the potential for us defeating climate change.  Technologies are on the way, and they will come sooner or later whether governments get on board or not.  It changes nothing in that the steps I need to take now are to orient myself in moral philosophy, and help to build and inclusive, collaborative and fair community, starting within myself and working out to my family, friends, neighbours, street and town.

I now have renewed insight and belief that the work of the Transition movement is all the more fundamentally important and pressing.  Climate change will knock us to the floor unless we reduce our individual, local, national and global carbon footprint – we need to give ourselves another decade or two to allow these technologies to come through and help repair our battered planet.  Our humanity, our understanding of our place in the universe and our moral outlook need to keep pace with the onset of the world-shifting technologies.  That can only happen if we get to know the Blaneys next door and the Yarkers across the road, talk about the important things in life and yes, dare I say it, love one another.

The world just around the corner (ooh, I like that phrase) isn’t going to wait for our lumbering political systems and unresponsive behemoths of corporations.  Either through Mother Nature showing her hand or through Fred building a self-replicating 3D nano-printer in his bedroom, government and big business are going to get caught napping.  So we need to be there to help smooth the transition and ride the wave of change rather than get swept aside.

The new insights Mark gave change everything in that the destination I now imagine looks very different from the one I had in mind, with just as much nature and collaboration, but a few more gizmos and a lot more algae.

It changes nothing in that we are still at a crossroads in the history of the human race.  Will we race unthinking into that future, use a shiny new monofilament graphite saw too cut off the branch upon which we are sitting.  Or will we allow our humanity to transcend our animal instincts for competition, to move with self-aware assuredness into a collaborative and equitable paradise.

I’ll probably aim for the paradise option, hope that most of us go the same way, and build a bolt-hole in case those that go for the fast lane try to wipe me out.

A massive thank you to Bex in particular, plus Emma, Phillipa and Ivan for organising the talk, and to Mark for delivering such a profound message to us all.

I’m just getting to the end of “An Optimist’s Tour of the Future”, and my brain seems to be avoiding thinking about the implications.  It’s good that I’ve nearly read the book through, because the author Mark Stevenson is coming to Berkhamsted tomorrow night to give the third Ashlyns Conversation, and I’d feel a little guilty if I’d not read his book, having invited him along.  If you feel like being emotionally and intellectually challenged and uplifted by a former stand-up comic turned saviour of the world, come to the Town Hall tomorrow night (Weds 21 May – booking in advance preferable but not necessary).

Thinking about emerging technologies and the profound effect they will have on the make-up of the world causes my stomach to turn and my heart to soar in equal measure.  Will we live for a thousand years?  Is that a good thing?  There are already too many of us – how would we organise ourselves not to take that to extremes?  Will computers become more intelligent than us, and will we join them as Terminator-style cybernetic organisms?  We’ve already started that, with our ever increasing reliance on smartphones, which are getting ever closer to being physically part of our system.

My unconscious* threw another googly with an absurd reaction when I read the sections about climate change and the technologies out there that could solve it for us.  It’s not the rapidly reducing costs of renewable energy, including printing solar panels on film, or the farming techniques that are turning parts of the parched Australian outback verdant green without pesticides or fertilisers.

No, it’s the technologies that claim to be able to reverse the industrial revolution and suck all of the excess carbon dioxide out of the atmosphere in just a couple of decades.  Why would that make me feel uneasy?  It sounds fantastic, but is it too good to be true?  Will the potential for its existence spur us on to pollute ever more efficiently?

It seems to me that we are in a race against ourselves in a gladiatorial fight to the death.  We need to perfect these technologies on an industrial scale.  They will be mostly distributed in our communities rather than centrally, if we get our act together.  We need to do that before the climate enters an irreversible downward spiral and creates conditions that mean we are scrabbling for resources and lose the ability to save ourselves.

Or we could live a little more simply, with more time on our hands, and aim for happiness and love rather than being a cog in the Gross Domestic Product machine.

* ah, cyborg again – I spelled that “unconsious”, but my extended intellect automatically corrected it for me via the spell-check on this laptop

What would happen if we got on the wagon and stopped burning fossil fuels?

The share prices of the energy and oil companies are based on the amount of coal, gas and oil that they have the rights to extract. Let’s assume for a minute that we go ahead and leave most of those reserves in the ground.

I’m not meaning that tomorrow we stop burning fuels, leading to utter disaster, I’m talking about a carefully managed move to not burning the fossil fuels. I’m doing this as a thought experiment. Let’s see where it goes.

There would be room for some fossil fuels to be used and I’d assume these would be used for the essentials – although I’m not sure how we would prioritise them. Health feels like it’s high up the list. As does food – but what alternatives are there for food?

If we were forced into reducing our reliance on carbon fuels, then we would necessarily need to come up with alternatives, to grow our food and conduct our day-to-day lives.

We’d probably go about by first looking at what we could reduce in terms of our usage – efficiencies or alternative ways of doing things. Then we’d look at how to find alternatives for those needs that remain.

To reduce our usage we could look at highly productive natural farming methods, such as managing cattle grazing habits to preserve the pasture (which actually captures carbon rather than emits it). We could make the most of the telecommunication revolution, which would allow us to travel less, both home and abroad. We could spend more time in our communities socialising with our neighbours rather than alone watching television. We could travel by foot and by bicycle, increasing our fitness.

There are ways we could reduce our usage further, which could start to feel like sacrifice, such as reduced flying.

Then there are the things we could do to find alternatives. That means renewables or potentially nuclear for electricity, electric cars, low energy light bulbs (LEDs are good – they come on straight away and are bright). 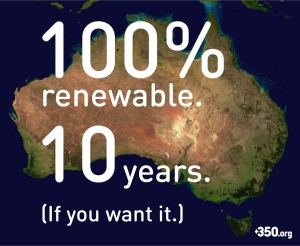 What is important to know is how much of a change would be needed, at an individual level or wider than that, for us to avoid the worst effects of climate change. What would that look like to you and me. That is something I will explore and write about in the future.

One thing is certain…

Our lives would be completely different.

Thoughts below as always.

In an earlier post I discussed my thoughts as to why people in developed nations are likely to want to ignore the issue of climate change.  Life is comfortable and easy; no-one is starving, so anyone or anything that comes along to disturb that will be in for a short shrift.

Also many of those to whom I’ve spoken about what I am doing have mentioned that persuading people to take action now focusses on the benefits of change rather than the potential risks.

This all adds up and makes sense.

As soon as you try to persuade someone to change what they are doing and have done for as long as they can remember, people will resist.  That resistance will grow further if there is a hint that what they are doing is actually a bad idea.  So it makes sense to avoid that conversation, that impasse, that conflict; to align with people’s values and demonstrate the benefits of change.

From what I understand from reading around the subject, we are fast running out of time to make the drastic changes needed to avoid the worst effects of climate change.  Climate change is already having a profound effect on our lives with only a 0.8°C change, and there is another 1°C to come that we cannot avoid, stored up due to the delay in the climate system.  There are tipping points out there that when reached will mean we lose any chance of redemption.

So maybe the message I should try to push is:

Look how great our lives could be if we embrace these changes – race to adopt new technologies, learn to enjoy each other’s company again and spend our time and money more wisely.  And bear in mind what we are letting ourselves in for if we don’t.  So let’s get on with it, there’s no time to waste.

Thoughts below as always.